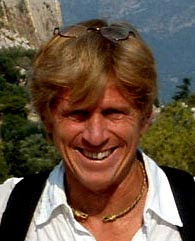 Does the Bible lay out the divine master plan for the archetypes and how they interact?  In the pages of the Old Testament there is a code that carries a secret script for those who were in on it, and it is simply this:

The first sixteen chapter of the Hebrew Bible (the Old Testament) equate to the twelve signs of the zodiac. Like Linda Goodman’s Sun Signs, you simply went to the chapter of your Sun Sign in order to gain insights about yourself. For instance, if you’re a Scorpio, you would go to the eighth book, Ruth, and study it’s themes. Opening lines of the book, there’s a famine. The husband dies, then, a few lines later, the two male children die. Ruth is a foreign born bride to one of the deceased sons, but she pledges loyalty to both the mother and her god, ‘even through death.’ The chapter then goes on and illustrates the proper course of action for what should happen with the family inheritance. One, two, three, A, B, C.  Why sixteen to twelve? You’ll just have to come to the class to find out!